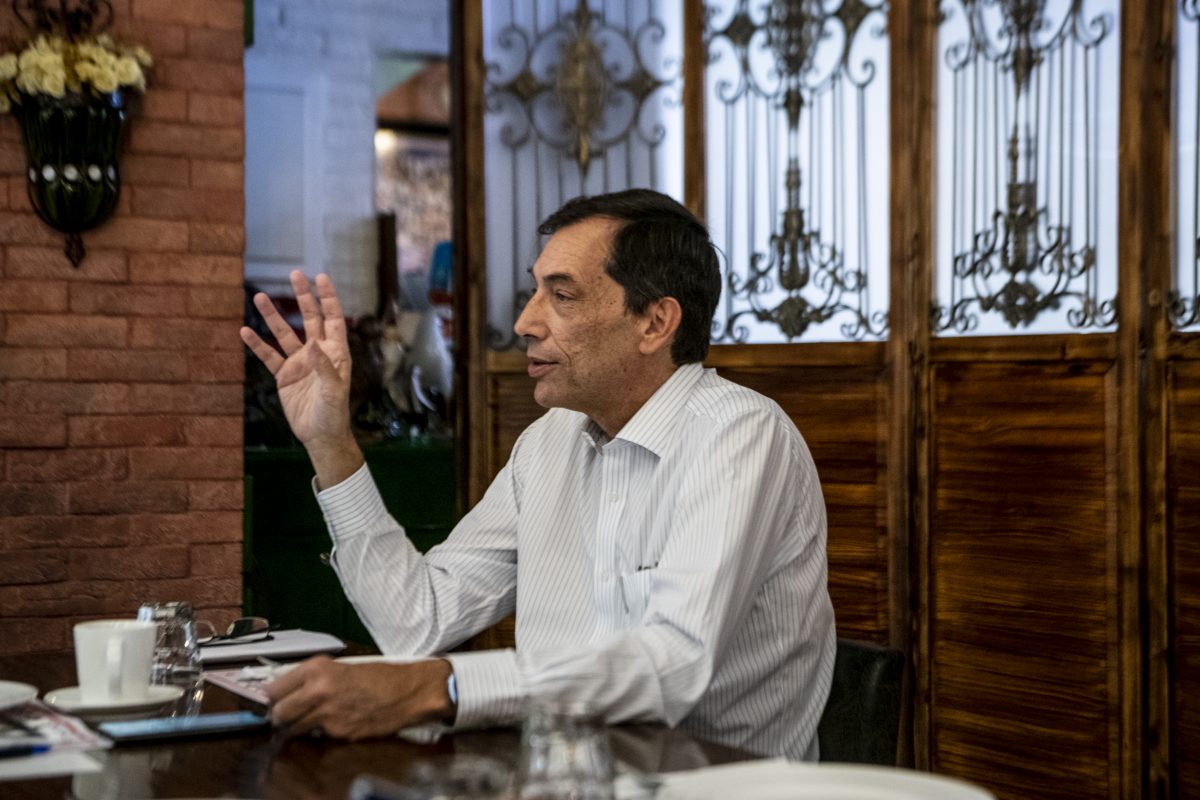 The development of a financial services platform in Macao, able to offer new services such as credit insurance, will demand ‘many’ specialised staff and training, according to economist Rodrigo Brum.

In an interview with Tribuna de Macau newspaper, Brum, who finished this month a three-year mandate as deputy secretary-general of the Forum for Economic and Trade Co-operation between China and Portuguese-speaking Countries (Forum Macao) said Macao “has half a dozen very efficient banks of various origins, including Portuguese, but it does not yet have the expertise in the financial area that would allow it to become a financial platform”.

“There is a need for many specialised staff and a lot of training to be provided in the financial area”, added the Portuguese economist, underlining the commitment to that end of the central authorities and the local government itself. The need for greater expertise and experience extends to other financial services such as leasing or a stock exchange, Brum said.

The economist recalled that the former Secretary of Economy sent a delegation abroad to learn about the issue of credit insurance, which is “very important for the functioning of trade relations between China and Portuguese-speaking countries”, considering the financial risk ratings of some of the latter.

In order for Macao to have a credit insurance institution, and other than the government’s will, it is also necessary that private entities come forward and create market conditions, as well as customers.

Brum also points to the fact that legislation must be created, while Macao already offers other privileged conditions.

The development of the financial services platform is a key component of Macao’s strategy to diversify economically from the gaming industry, which despite being a design of the two previous SAR governments, has not yielded “concrete practical results”, according to Brum.

The economist says e-commerce can have firm footing in Macao and, what is more, “Portuguese-speaking countries must bet on connecting to China – that alone represents an enormous value in world transactions”, which in 2018 exceeded 50 per cent of total global electronic transactions through Tencent, Alipay or WeChat Pay.

“The funds can act in complementarity with others. An investor may, at times, even facilitate trading, have support from more than one Fund together. In addition, in Macao, there is also MOX, installed in the Nam Kwong building, which aims to finance the Portuguese-speaking countries themselves, namely through the issuance of ‘panda’ bonds”, the economist highlights.

The “tremendous supply of credit”, he added, also includes Exim Bank, which of the four Chinese banks with licenses abroad, has a greater vocation for external financing to non-Chinese companies.

The fact that there aren’t more projects submitted to funds is because “high finance is not child’s play”, Brum says. “It is not enough to arrive with an idea that I can peel the coconut, I have a large plantation, a large market, etc, and it will be a great deal. Things don’t work that way … Entrepreneurs must be entrepreneurs”.

Countries, Brum added, “certainly have the capacity to present a good project aimed at the appropriate mechanism”, but “it is not worthwhile to present infrastructural projects for short-term financing, because it is incompatible … it makes no sense”.

As to China’s relation with Portuguese-speaking countries, Brum points to the need for greater coordination, leading to a joint position that “is ultimately also in the interest of China”. This would allow for countries’ raw materials “being properly and sustainably exploited and in a way that really creates wealth in those countries and not only depletes resources, eventually filling up some bank accounts and leaving no added value”.

The development of a financial services platform in Macao, able to offer new services such as credit insurance, will demand specialised staff and training, according to economist Rodrigo Brum.

Secretary-General of Forum Macao to return to Beijing