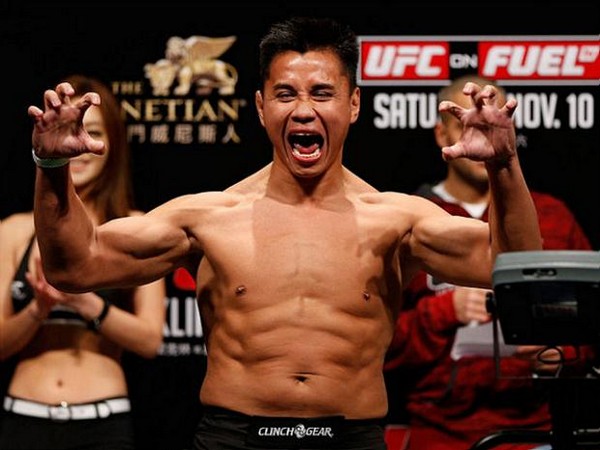 Drug trafficking crimes up between January and September

Kickboxing champion Cung Le let his fists do the talking for once with a devastating one-punch knockout of Rich Franklin in the Ultimate Fighting Championship’s first event in China on Sunday.

Le’s win in the main event at Macau’s Venetian hotel takes him a step closer to a shot at the middleweight title but after an intense training camp and strict diet to make weight the 40-year-old knew exactly what the victory would bring.

Le, who was born in the former Saigon and left in a helicopter with his family days before the fall, is one of the few UFC fighters who rely on traditional Chinese martial arts and his biggest weapons have been his array of kicks.

“I’ve been working a lot on my hands because at one point my foot was messed up so I didn’t get a chance to kick much during training. But my trainer Scott Sheeley worked my hands to death and I got the knockout with my hands, it’s amazing,” he said to The Chicago Tribune.

While the sport of mixed martial arts (MMA) is relatively new in China, the UFC’s Asia chief, Mark Fischer, said the event was a sell-out of almost 8,500 and had been a success.

The Asian fighters on the card had a mixed evening, with China’s Zhang Tiequan losing to Jon Tuck of Guam, but there was success for Japan’s Takanori Gomi and South Korean Kim Dong-hyun, who dominated Paulo Thiago for three rounds.

Gomi took a split decision over American Mac Danzig while Kim, dubbed the ‘Stun Gun’, was a clear winner with his savage beating of Thiago, at one point sitting on top of him and raining double-fisted, clubbing blows down on the cowering Brazilian.
Kim said it had been much easier for him to fight in Asia rather than in the United States.(macaunews)

Baidu chief to give talk at UM on autonomous driving: UM

Nearly half of all casino tables back in operation