After third successful NAT drive, SSM sets sights on getting city vaccinated to allow people to ‘live with the virus’. 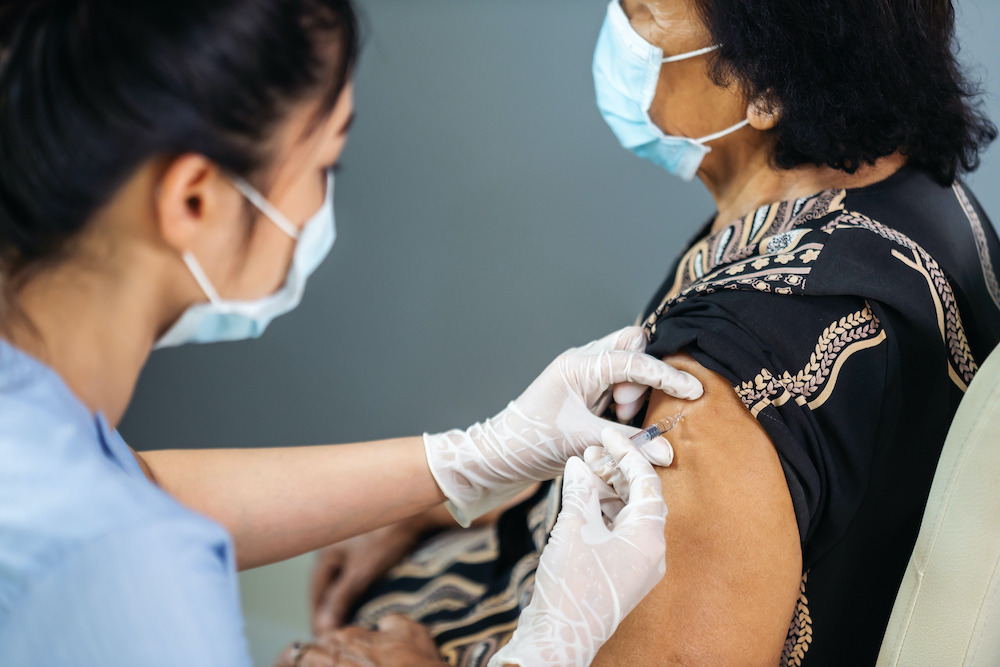 Following Macao’s third successful mass nucleic acid test  (NAT) drive, health chief Leong Iek Hou has reaffirmed that only after Macao reaches a Covid-19 vaccination rate of 80 to 90 per cent, could the government consider shifting its policy to a “living-with-the-virus” approach.

Health workers tested 681,579 people during the four-day, citywide programme, all of whom were found to be negative.

Outlining Macao’s long-term Covid-19 strategy, Leong, who is the Health Bureau’s (SSM) Control of Communicable Diseases and Surveillance of Diseases Department Coordinator, said: “Some countries and regions have started to adopt a Covid-19 strategy to live with the virus. Macao and many other countries and regions in the world are aiming to adopt the living-with-the-virus approach. But the prerequisite for living with the virus is that there will not be a large number of cases resulting in [patients’] serious condition and deaths.

“If many cases [of patients in a] serious condition, and many fatalities among senior citizens and those with a chronic disease are reported after such a strategy is adopted, no government would accept such a situation.

“Only after Macao’s vaccination rate significantly increases, can we adopt the living-with-the-virus approach while ensuring that there won’t be cases resulting in a serious condition and many fatalities.

“Many of the different countries and regions that have adopted the strategy to live with the virus have a very high vaccination rate of 80 to 90 per cent. In particular, their vaccination rates among senior citizens and those with a chronic disease are even higher.”

Macao’s Covid-19 vaccination rate stood at 55.7 per cent as of 4 pm yesterday. According to the latest demographics, Macao’s population stood at 682,500 at the end of June.

As of yesterday, 1,352 people were in quarantine for medical observation in Macao, including 86 new admissions from mid-to high-risk areas, The Macau Post Daily reported.