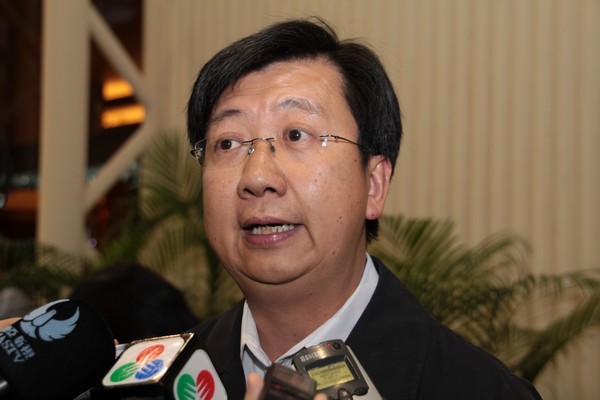 Lawyer Paulina Santos filed a high-profile complaint with the Public Prosecution Office (MP) in 2010, alleging that Tam and his subordinates had intentionally delayed the transfer of documents that prevented prosecutors from investigating a case involving the allegedly illegal granting of 10 permanent cemetery plots dating back to 2001.

According to Santos, the case allegedly also involved Secretary for Administration and Justice Florinda Chan Lai Man. Chan has steadfastly denied any wrongdoing in the so-called “perpetual burial plot saga.”

The four defendants were Tam, who was suspended from his job in June last year and permanently replaced in May, the bureau’s vice president Lei Wai Nong who is also on suspension, the bureau’s Department of Environment, Hygiene and Licensing Chief Fong Vai Seng and the department’s head of cemetery affairs Siu Kok Kun.

The hearing began in December last year. Presiding Judge Lam Peng Fai said yesterday that the evidence presented in court could not prove that anyone had deliberately hidden the original documents related to the application for 10 perpetual cemetery plots and that the way the four defendants had handled the Public Prosecution’s requests for the documents complied with the bureau’s procedures.

“Also, the granting of the 10 perpetual burial plots took place at the time of the [now defunct] Provisional Municipal Council, and none of the four defendants were involved in the process,” Lam said, pointing out that since the Public Prosecution’s investigation into the case posed no threats to the four defendants’ interests, it was difficult for the court to explain the four defendants’ alleged criminal intent.

About 40 people, some of whom had been following the sentencing, cheered and congratulated Tam, Lei, Fung and Siu as they left the courtroom in Macau Square.

“I’ve always had faith in the legal system,” Tam, speaking in a calm voice, told reporters yesterday, “The court has made a just ruling, proving our innocence and my name is cleared.”

Tam said that he had nothing more to say, in response to reporters’ questions about his plans now that the government has replaced him as IACM president.

Santos told reporters that she didn’t agree with the court’s ruling but would not appeal because the case had brought her a lot of stress and prevented her from working on other cases.

“I’ve worked so hard to provide all the evidence,” Santos said. She participated in the trial as an auxiliary prosecutor

“I’m surprised that the court didn’t recognise the evidence. From a legal standpoint, they are guilty,” Santos added, after which the crowd waiting for Tam and fellow defendants booed her.

Tam’s lawyer Alvaro dos Santos Rodrigues told reporters that he was pleased with the ruling and that there was insufficient evidence for the Public Prosecution to file an appeal.

The Secretariat for Administration and Justice said in a statement that the government respects the court’s ruling, and that the suspension “of the people involved” was still effective until the court’s decision becomes definitive.

“He is innocent so he should be given back his former job,” a senior civil servant said on condition not to be named.

Since the 1999 handover, the Macau government is barred from granting any perpetual land leases, including cemetery plots.(macaunews/macaupost)

Macau creates commission to deepen links to the Portuguese-speaking countries