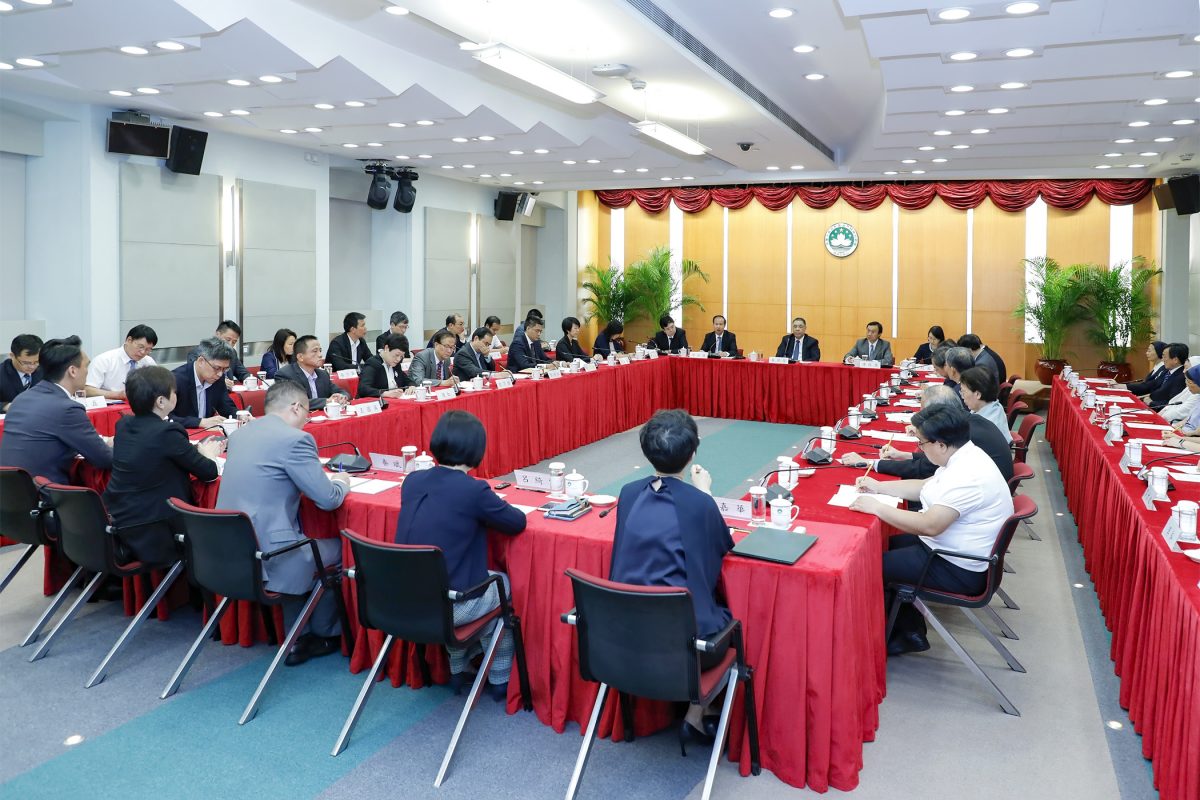 Number of credit cards in Macau in 2016 exceeds one million

According to a statement by the Macau Government Information Bureau (GCS), the meeting at Government Headquarters focused on the local education sector “learning from and applying the spirit” of Xi’s written reply to a letter sent by pupils from the Hou Kong Premier School Affiliated to Hong Kong Middle School in Taipa. The school received Xi’s letter last Friday, on the eve of International Children’s Day.

Chui said the president’s letter was an encouragement for the local education sector within the context of the successful implementation of the “One Country, Two Systems” principle. He also underlined the letter’s recognition of Macau’s “honorable tradition” of loving the motherland and Macau.

Fu said Xi’s letter demonstrated the president’s deep concern for young people’s education and training. According to Fu, the letter will have a long-term impact on Macau’s prosperity and stability.

Among the various education sector representatives, the president of the Association of Catholic Schools of Macau, Chow Pak Fai, said Xi’s letter was proof of the presidents affection not only for Macau’s children and youngsters but for the whole population as well.

In the letter, according to the China Daily, Xi expressed his hope that the pupils could pass on the fine tradition of loving the motherland and loving Macau, and make contributions to Macau’s development and the rejuvenation of the Chinese nation when they grow up.

Hou Kong Middle School, established in 1932, was the first to raise the flag of the People’s Republic of China (PRC) in Macau on October 1, 1949, when the New China was founded. (Macaunews)

Construction of Zhuhai’s Ocean World in Hengqin island, to start in December