China speeds up development plans for Hengqin island, next to Macau 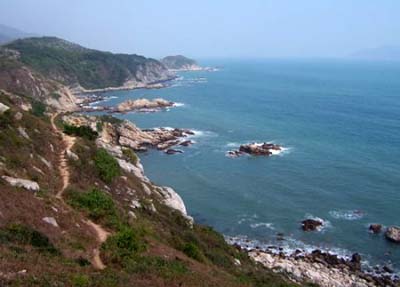 China speeds up development plans for Hengqin island, next to Macau

Macau, China, 16 Feb – The deputy governor of the Chinese province of Guangdong Wan Qingliang said there are currently 20 specialised working groups from various sectors in Beijing discussing the development of Hengqin island, in Zhuhai, located next to Macau.

Hengqin occupies an area of 86 square kilometres, the largest of the 146 islands that make up the municipality of Zhuhai. It has an area three times the size of Macau but a population of 6,500, against 540,000 on the former Portuguese territory.

The island, created by connecting two islands, Large and Small Hengqin, consists of bays with sandy beaches, rolling hills and large areas of wasteland covered with low-lying trees. Of the 86 square kilometres, 53 can be developed.

According to newspaper Ou Mun, the deputy governor of Guangdong also said that the government of the province located in the south of China also created itself a dozen of working groups to develop the island.

The Chief Executive of Macau, Edmund Ho, said recently that the development of the island can bring enormous advantages to Macau and to its tourist sector, though stressed plans should not be carried out to quickly,  noting “some of the steps being taken need some time to be able to realise the project”.

In January the vice president of China, Xi Jinping, said during a visit to Macau that the diversification of the Special Administrative Region would include the development of the island of Hengqin.

“The central government has decided to develop the island, but the development will be launched only when preparatory works were fully completed,” Xi said.

The Chinese vice president revealed that he visited Hengqin with Guangdong governor Huang Huahua and was impressed by the 86 square-kilometre island.

Meanwhile, the deputy governor of Guangdong Wan Qingliang said that one of the issues under analysis is the legal system to be applied on the island.

The development of Hengqin is also in a supplement of the Mainland and Macau Closer Economic Partnership Arrangement, or CEPA, which is expected to be signed in the first half of the current year between Macau and mainland China.

The new CEPA supplement, the sixth one between Macau and mainland China, will also increase cross-border services and speed up the construction of the Zhuhai-Hong Kong-Macau bridge, and link Macau’s light railway to Guangdong’s rail network.

The development of Hengqin is part of larger plans to develop the River Pearl Delta, which, by 2020, will see the implementation of an integrated communications network and a reorganisation the region’s business community in the following areas: new technologies, innovation and scientific creativity.

The new development plans aim to replace the current heavy industry model, which offers little added value for a region that is highly sophisticated in terms of technology and the environment.

Included in the programme is the construction of 100 research laboratories and between three and five high-tech industrial parks in a period of three years.

When Guangdong governor Huang Huahua spoke in Beijing he said “Guangdong would not relax its efforts to upgrade its manufacturing sector and would continue to relocate small and dirty factories away from the Pearl River Delta”.

According to the Chinese government’s plans, this is the only way that the River Pearl Delta can be competitive again.

Guangdong, which accounts for about 12 percent of China’s economic output, is aiming for 8.5 percent growth this year.

Foreign trade in Guangdong, which accounts for about one-third of the country’s total, fell from an increase of 20.3 percent in 2007 to only 7.8 percent, or $683.3 billion, last year.