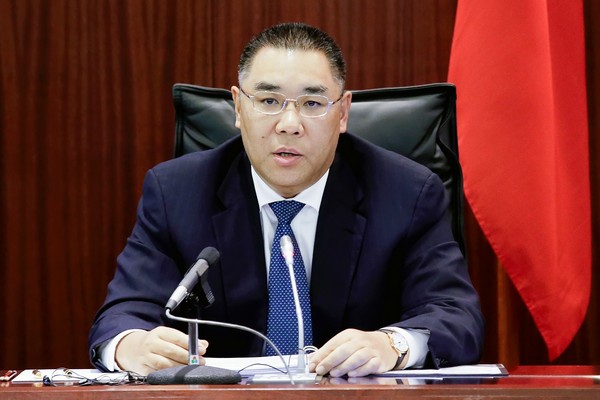 Monetary Authority of Macao raises discount base rate to 1.25%

Ricacorp expects up to 10 pct rise in residential prices

Chui made the pledge during a Q&A plenary session in the Legislative Assembly (AL).

“I have had a discussion with Secretary for Transport and Public Works Raimundo do Rosário. We can release [the information about] the yet-to-be completed land swaps, which have already been announced in the Official Gazette, on a public works website,” Chui said without revealing with the online information on land swaps will become available.

The chief executive said he had not granted any land swap holders replacement plots on the five plots of land to be reclaimed from the city’s coastal waters.

“In the past, due to policies and public interest (…) and the construction of public housing, it is a fact that the government swapped some plots of land and promised to give [replacement] plots to [land swap holders], which was [always] announced in the Official Gazette. I think that was fair, open and in accordance with the law,” said Chui.

Secretary for Transport and Public Works Raimundo do Rosario announced on Monday that a land swap case involving the site of the former Iec Long Firecracker Factory in Taipa has been submitted to the Commission Against Corruption (CCAC). The move came a day after the chief executive had promised to clarify the controversial land swap deal.
Speaking to reporters on the sidelines of Wednesday’s plenum, Commissioner Against Corruption Cheong Weng Chon told reporters his office had received some documents about the land swap involving the firecracker factory from Rosario on Monday. The city’s top graft buster said the case involved “significant public interest”.

“I believe that the secretary for transport and public works has questions on the legality of some documents,” said Cheong, adding there were signs that the case was “related to the CCAC’s portfolio”.

Apart from graft probes, the CCAC also investigates suspected “administrative illegalities”. It also includes the role of the city’s ombudsman.

“In the preliminary analysis, the case looks rather complicated. The Commission Against Corruption has formed a task force to deal with it,” said Cheong, adding it was hard to predict how long the investigation will take.