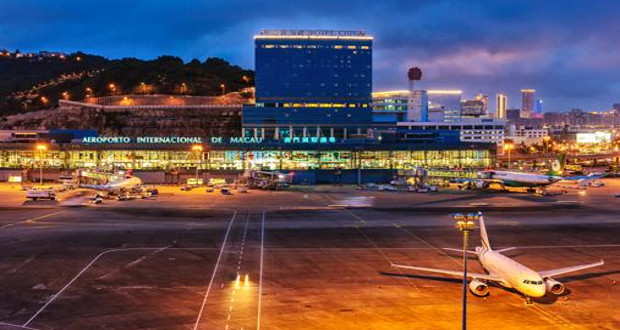 The local airport’s passenger volume is expected to reach 9.5 to 9.6 million this year, which would be a 17 per cent increase from last year, Macau International Airport Company (CAM) Marketing Department Director Eric Fong Hio Kin said on Tuesday.

Fong made the comments during a press conference hosted by an airline at MGM COTAI.

According to Fong, there are currently 200 flights per day at the airport, serving 26,000 passengers. There are 31 airlines operating flights in and out of Macau.

Asked by the media whether travellers would need to arrive early at the airport because of beefed-up security, such as at Macau’s ferry terminals and the Hong Kong-Zhuhai-Macau Bridge, during President Xi Jinping’s visit to Macau from today to Friday, Fong declined to answer.

According to the Macau Post Daily, the company last week said in statement that its car parks would be temporarily closed from December 12 to 21 “in coordination with event arrangements”.

The Civil Aviation Authority said in a statement last night that some flights would be rescheduled due to activities relating to the 20th anniversary of the establishment of the Macau Special Administrative Region (MSAR).

According to the airport’s website, at least 14 arrival and departure flights are scheduled to be delayed or have been cancelled today. Xi is scheduled to arrive at the airport this afternoon.