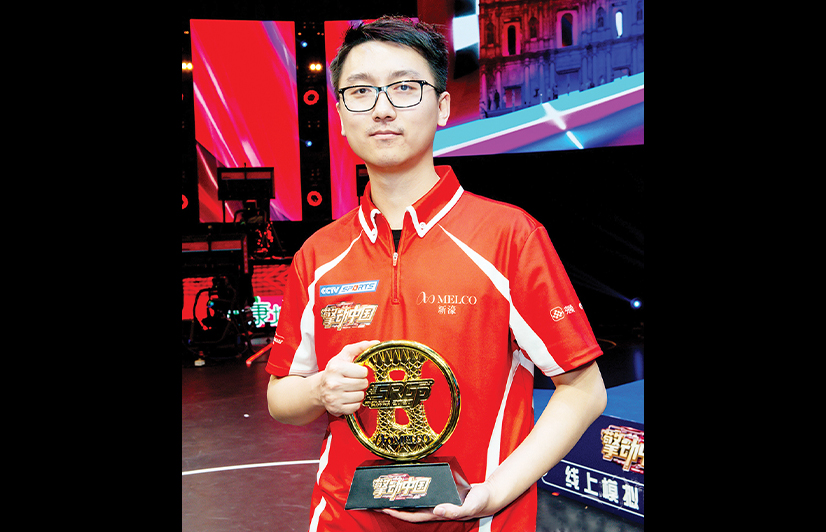 Beijing player Yin Zheng won the “GBA Sim Racing Grand Prix (SRGP) 2020” in which 18 national finalists competed in a 40-minute simulator race on the Guia Circuit for 18 laps on Saturday.

According to a statement on Saturday night from Melco Resorts and Entertainment, the sponsor of the e-sport event, Yin was crowned the “National Final Champion” with the best result of 42 minutes 51 seconds and brought home the “Melco Cup” with the highest honour.

The statement said that the 1st runner up and 2nd runner up were Shenzhen player Zheng Zhaojie and Guangzhou player Huang Kuisheng respectively.

The GBA Sim Racing Grand Prix 2020 (SRGP) The National Final came to a grand finale after three consecutive days of tournaments, involving total cash prizes awarded to the 36 national players at The National Final were worth over 1 million yuan (about MOP 1,220,400).

The statement quoted Yin as saying that “participating in this competition in the Dancing Water Theatre was a striking experience as if we were racing on the water with a live audience and live-streaming, I was glad that I could perform well. This competition used the ‘Macao Guia Circuit’ as the racing track so I had also paid a visit to the actual circuit this time when I came to Macao. I will join again if there are similar events happening in the future.”

Local racer Filipe Veloso Chan, who took home the title of sim-racing “Macao Champion”, finished 4th in The National Final, was quoted as saying: “I’m glad I’ve made it this far and am satisfied with my final result, but of course during the competition I [was] aiming towards being ‘the National Champion’. We have a lot of potential e-racing players in Macao and I’m hoping there will be more [local] participants joining the e-racing tournament in the future.”