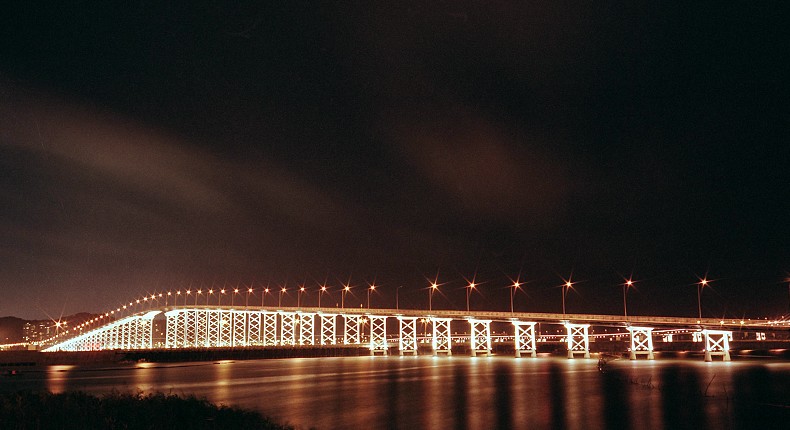 Well-known local architect Carlos Marreiros told public broadcaster TDM-Rádio Macau on Tuesday that he plans to propose the listing of the Governador Nobre de Carvalho Bridge and would like to see the 2.5-kilometre-long viaduct transformed into a culture and leisure zone.

Marreiros said the first step was to gather 500 signatures over the next 45 days for declaring the bridge a classified monument.

His proposal comes at a time when the government is holding a public consultation on an urban master plan for the next two decades.

“It’s high time for the Nobre de Carvalho Bridge to be listed as a historical monument because of its history and design, and to transform it …. Into [the city’s] first lengthwise public park,” Marreiros told the Portuguese-language radio channel of TDM.

The architect-cum-artist also said that the public park on the “old bridge” – as it is endearingly known by locals – could include jogging tracks, picnic spots, café terraces (known in Portuguese as “esplanadas”), moving libraries, and areas earmarked for creative industries.

Marreiros said that golf buggy-style vehicles could be allowed onto the bridge to transport the elderly. He acknowledged, however, that the public park project would take time to get off the ground, possibly only after the fourth Macao-Taipa link has been built. He said that the listing proposal would take less time to get the government’s green light.

The Governador Nobre de Carvalho Bridge, which opened in 1974, was the first viaduct between Macao and Taipa. The two-lane bridge was initially open to all kinds of vehicular transport but in recent years has been limited to public transport and special vehicles such as ambulances.

The iconic bridge is featured on the official emblem of the Macao Special Administrative Region (MSAR).

Macao residents are entitled to propose the listing of buildings and monuments to the Cultural Affairs Bureau (ICM).