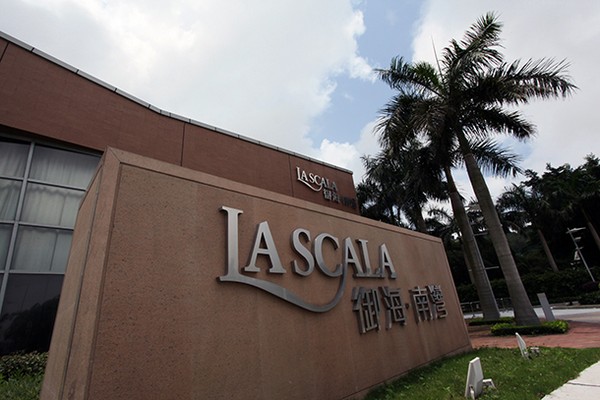 It was Macau’s former public works chief Ao Man-long’s “precise design” that allowed a Hong Kong tycoon and businessman to buy the land involved in a graft trial, a prosecutor said.

Deputy Prosecutor-General Paulo Chan said in his closing argument yWednesday the short 10-day tender period for the five plots of land near Macau’s airport was to ensure tycoon Joseph Lau Luen-hung and businessman Steven Lo Kit-sing would win the bid even if their proposal did not offer the highest price.

Lau, chairman of Chinese Estates, and Lo, chairman of BMA Investment and convenor of the South China soccer team, are accused of offering Ao a HK$20 million bribe in 2005 to secure the land near the airport to develop the La Scala luxury housing project.
They each face charges of bribery and money laundering. Ao was sentenced to 29 years’ jail in May 2012.

Chan said although Ao did not directly instruct Lei Pou Fat, the firm set up to manage the land, to sell it to Lau and Lo, he chose the three companies involved in the bid – Jones Lang LaSalle, CB Richard Ellis, and STDM-Vigers.

Chan argued that Lau and Lo knew of the government’s plan to sell the land months before the tender opened in June 2005, because Chinese Estates had commissioned a development design as early as February 2005.

“It was like a chef in a cooking show, presenting an appealing dish prepared beforehand,” the prosecutor said.
It was also suspicious that soon after Lau’s Group Luck sent a cheque to Lo’s Eastern Base, the latter sent HK$20 million to Ecoline, which was controlled by Ao, Chan said.

Moon Ocean had hired Eastern Base, a Macau firm, as a consultant. But the consultancy services provided by another three firms should have been enough for the project, and Eastern Base likely did not provide Moon Ocean with any service, he said.

The prosecutor said that by selling the land when the property market was low, Ao failed to fulfil his obligation as a public servant. The land was worth 2 billion patacas in 1999.

“Some said the 2005 price was even lower than in 2003, when the severe acute respiratory syndrome hit. But Ao insisted on selling it at that time … The city’s land and engineering projects should not be a tool for the former works chief to pursue his own interests,” Chan said.

The hearing continues today, when lawyers for Lau and Lo are expected to present their closing arguments.(macaunews)

2nd round of COVID-19 support to start next month