Over 60 per cent less than 3 years in current job 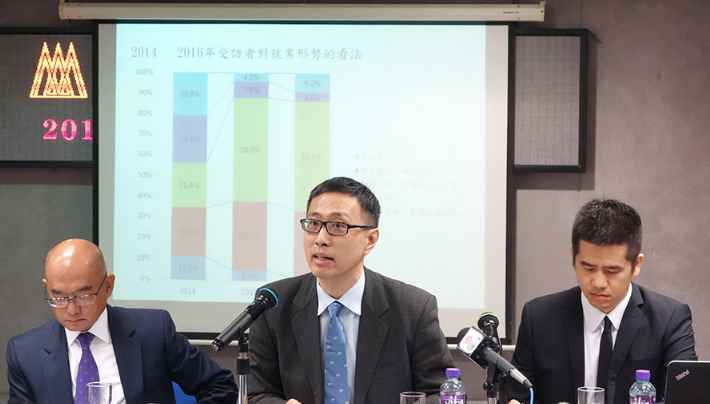 Over 60 per cent less than 3 years in current job

Sheldon Adelson says he wants to build more in Macau

According to the findings of a survey conducted by the Macau Management Association (MMA) which were released at a press conference on Monday, 60.8 per cent of the respondents have been in their current job for less than three years.

The association conducted the survey about local residents’ job mobility between August and October by choosing people randomly in the streets to provide answers to questionnaires, 1,308 of which were valid.

Over half of the respondents were between 21 to 30 years old, while most had an educational level of secondary school or above.

According to the results, 26 per cent said they were planning to look for a new job, of which 40 per cent were working in wholesale and retail and 37.9 in the hospitality sector.

The respondents said they wanted to change their job mainly because of an undesirable salary, limited promotion opportunities and stress. Half of those who were planning to look for another job said they would consider working in another field, with the public sector, banks and gaming operators being the most popular choices.

Over 60 per cent of the respondents said they had not been promoted over the past two years, while 34.6 per cent had never been promoted, according to the findings.

According to the survey, wages and fringe benefits are the respondents’ priority when they look for a new job.