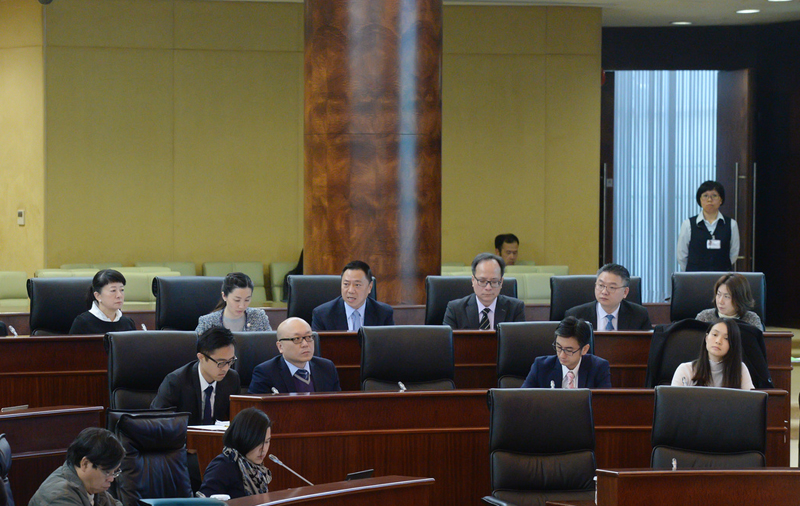 Casino staff earnings down 5.5% in June

The government launched a one-month public consultation on the matter in September last year.

The bill’s outline was passed during a plenary session of the legislature in July. The legislature’s 1st Standing Committee held eight meetings to review the bill.

The bill passed amends the current Law 10/2012 which lists rules and restrictions for different categories of people to enter, work or gamble in casinos.

Currently, the city’s six gaming operators ban their off-duty employees from gambling in their own casinos, which means that off-duty staff can gamble in casinos not run by their employers, the government has previously noted.

The current version of Law 10/2012 stipulates that employees are not allowed to gamble in the casinos run by their employer.

The law, which took effect in late 2012, lists the people who are banned from entering local casinos, including those under the age of 21 and public servants – the latter customarily being granted exemption during the first three days of the Chinese New Year. Offenders face a fine of between 1,000 and 10,000 patacas, according to the current version of the law.

The new version of the law – after the bill passed yesterday – has an exemption to the ban – gaming staff are allowed to gamble in local casinos not run by their employers on the first three days of the Chinese New Year.

During the plenary session, Leong said that the new casino-entry ban was not meant to label, or discriminate against, gaming workers.

The new version of the law also includes easier procedures for DICJ inspectors to fine those under the age of 21 who enter local casinos.

In the new version of the law, the fine imposed on those violating the casino-entry ban remains unchanged – ranging between 1,000 and 10,000 patacas.

The new version of the law also formalises the government’s existing de facto ban on taking photos, video clips or audio recordings in all gaming areas, and on using mobile phones or other communication devices for three metres around any gaming tables.

Several lawmakers asked the government how it can ensure the effective implementation of the new casino-entry ban.

Chan replied that there are three major ways for the implementation of the casino-entry ban, namely inspections by his bureau’s inspectors; notifications from gaming operators and tip-offs by third parties.

Leong admitted that there’s an insufficient number of DICJ inspectors, pledging that the government is striving to recruit more inspectors.

The new entry ban will take effect one year after the amended law’s promulgation in the Official Gazette (BO).

Casino staff earnings down 5.5% in June