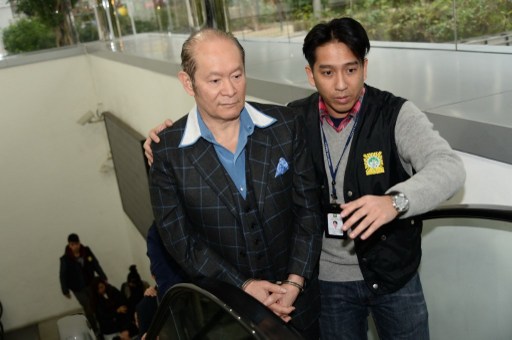 Government says all teachers will be tested for COVID-19

All the six hotel prostitution ring suspects who were arrested by the Judiciary Police (PJ) on Saturday were remanded in pre-trial custody on Wednesday, the Public Prosecution Office (MP) said in a statement.

The statement did not mention the surnames and ages of the six suspects, nor the name of the hotel where they allegedly ran the prostitution ring.

According to informed sources quoted by a wide range of local, Hong Kong and international media earlier this week, including government broadcaster TDM, the suspects include Hotel Lisboa chief Alan Ho Yau Lun, a nephew of gaming mogul Stanley Ho Hung Sun. National news agency Xinhua on Monday released a photo showing Ho in handcuffs being escorted by Judicial Police (PJ) officers to the Public Prosecution Office (MP) for questioning on that day.

Wednesday’s MP statement said that after analysing the evidence, prosecutors suggested to the Criminal Investigation Court that the six suspects be remanded in custody, adding that the request was accepted by the court. The statement also said that a seventh suspect allegedly involved in the case was not taken into pre-trial detention but ordered not to leave Macau.

Informed sources said that the six suspects were taken from the Public Prosecution Office in Nape to the Macau Prison in Coloane Wednesday morning. They had been questioned since Monday.

The statement did not say which possible charges the suspects would face. Judicial sources said they expected the trial to be held in the second half of the year at the earliest.

The Judiciary Police announced on Sunday that PJ officers on the previous day busted the possibly largest prostitution ring since the 1999 establishment of the Macau Special Administrative Region (MSAR).

The spokesperson said it was believed that the organised crime group earnt over 400 million patacas since they required sex workers to pay an “entrance fee” of 150,000 yuan before they could “work” in the hotel.

Police also found a name list of 2,400 suspected sex workers, according the spokesperson.

The police also nabbed 96 suspected sex workers aged 20 to 27 on Saturday, adding they believe that the money they paid the prostitution ring to be allowed to “work” in the hotel was deposited in mainland bank accounts.

According to the Macau Penal Code, it is illegal to live off the earnings of sex workers. Moreover, it is illegal for tourists to engage in gainful employment while visiting Macau.

Among the suspected sex workers – 95 from the mainland and one from Vietnam, 10 were found to carry fake ID documents while 20 had entered Macau illegally.

Secretary for Security Wong Sio Chak told reporters on Tuesday that the police would strengthen their fight against casino- and hotel-related crime. He also stressed that all suspects were equal before the law. (macaunews/macaupost)

Audio and video surveillance to be mandated on public buses

No Abnormality of Radiation Found in Macau