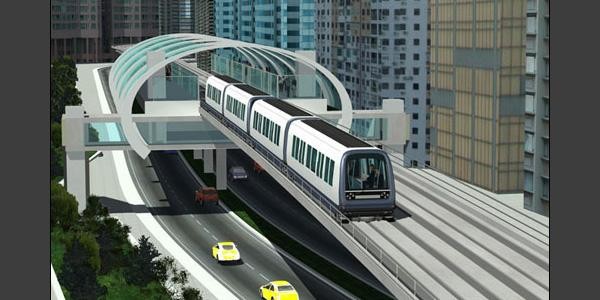 Mainland-Macau trade down in Jan-Feb

Public opinions gathered by the Transportation Infrastructure Office (GIT) last January indicate that the authorities’ first scheme for the future Light Railway Transit (LRT) route in Seac Pai Van is the most popular among locals, according to a GIT statement released on Sunday.

As per the suggested blueprint, the transit initially operates through the Lotus checkpoint, then along the west entrance of the Islands District Health Services Complex before reaching the final station in the Estrada De Seac Pai Van.

The majority of the 3,248 views collected through the 45-day public consultation favor the scheme for its straightforwardness and minimal environmental impact on the neighborhood, as compared to the other two suggestions, where stops are set squarely at the second public hospital’s main entrance and within another public housing complex.

However, the consultation’s other major topic – whether the public transport network should extend into Coloane – did not receive many comments.

After the authorities’ consolidation, up to 2,938 written opinions received during the public consultation raised 16 other course suggestions, which involve routes connecting the prospective theme park in Cotai with the Macau East Asian Games Dome, and others connecting the University of Macau’s campus with the Hengqin port.

The officials claimed in the statement that the suggested alternatives posed “technical challenges” with regard to Macau’s infrastructure, and were most likely unfeasible due to “complicated environmental and planning constraints” and “less efficiency in operation.”

The government will launch a study into the first scheme in the next phase. The results of the public consultation are available for viewing at the office.

Over 12,000 work in cultural industries