Macau government donates US$ 12.5 million to victims of Sichuan earthquake 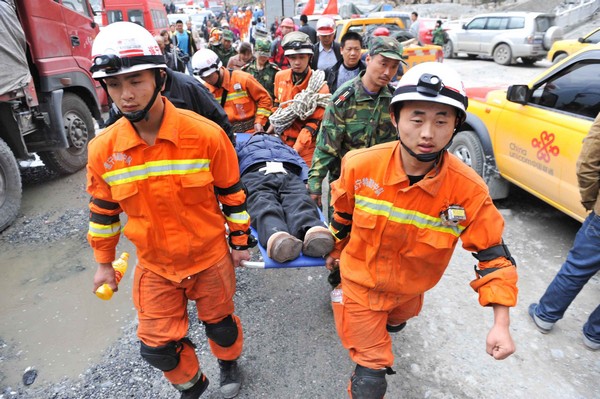 Macau government donates US$ 12.5 million to victims of Sichuan earthquake

The Macau government  announced Monday a donation of 100 million patacas (US$12.5 million) to support the population in Ya’ an, Sichuan Province in the wake of the 7- magnitude  earthquake that hit the area last  Saturday.
in the Sichuan province.

While announcing the donation, the Chief Executive said the government and the people of Macau are deeply concerned for people affected by the earthquake.

Medical teams and materials were also promised if they were needed.

On Sunday the Chief Executive, Chui Sai On promise to cooperate with the mainland authority’s relief and rescue operations.

“Chui expressed his deepest condolences and sympathy to the victims and their families when he made calls to Secretary of the Sichuan Provincial CPC Committee, Wang Dongming, and to the Governor of Sichuan Province,  Wei Hong. On behalf of the people of Macau, he sincerely wished the injured would recover soon and the homes be rebuilt as soon as possible,” the Government Information Services said in a press release.

According to Xinhua, the Macau Red Cross has received over MOP 9 million in public donations.

The Secretary for Social Affairs and Culture, Cheong U, was appointed to get the latest information on the situation in Ya’an from the Sichuan government via Macau’s supporting committee established in 2008.

Chui instructed the supporting committee to keep in close contact with Sichuan in order to understand the needs of the victims and to create plans according to these needs. (macaunews)