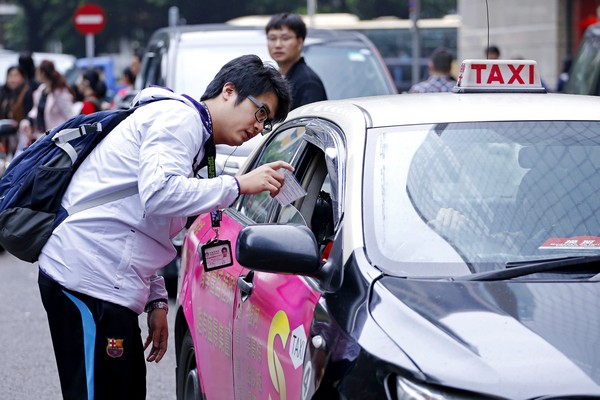 The Public Security Police (PSP) recorded 1,333 cases of taxi drivers’ misconduct in the first two months, according to a PSP report released on Tuesday.

Of the 1,333 cases, 53 percent were for overcharging and refusal to take passengers. The rest included parking in restricted zones, ignoring traffic laws or obstructing traffic when picking up passengers.

The police said that they would continue working with other entities to monitor and punish rogue taxi drivers to protect the interests of residents and tourists, and also to defend the city’s image as an international tourist destination. The police urged residents and visitors alike to contact the police if they have any complaints about miscreant taxis.

A resident, who asked not to be named, said that a taxi driver once refused to let her get into the cab while she was carrying her sick child, telling her to catch the taxi ahead instead.

A tourist, who also wished to remain anonymous, reported that once when trying to go to the Barrier Gate checkpoint from Avenida de Almeida Ribeiro, the taxi driver told her it would cost her 100 patacas before letting her in, then sped off when she refused to accept his demand. (macaunews/macaupost)