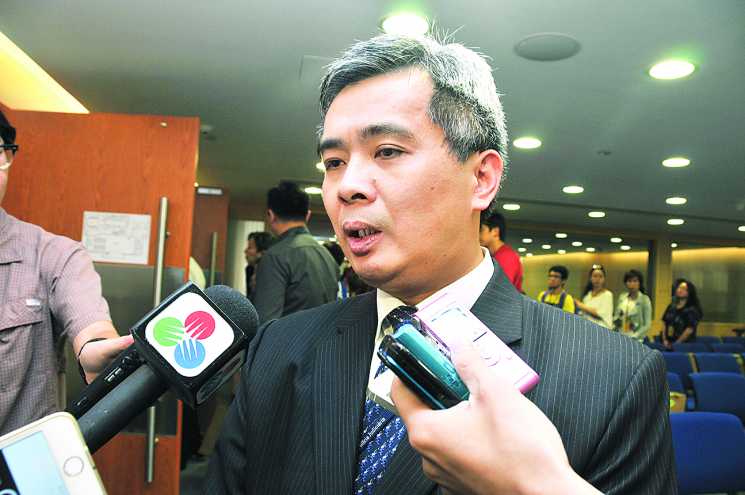 Macau to launch flights to Europe this year

Secretary for Security Wong Sio Chak said on Thursday that the government plans to install 800 more CCTV cameras in the city’s crime black spots on top of the 820 cameras the installation of which is currently undergoing a public tender procedure.

Wong made the remarks to the media on the sidelines of a seminar at the Macau University of Science and Technology in Taipa. He was a guest at the seminar on the legal systems in the mainland, Macau, Taiwan and Hong Kong.

Asked by reporters about the latest developments in the installation of CCTV cameras which the government promised to set up after a law regulating CCTV cameras in public areas took effect in 2012, Wong said that the Unitary Police Service and the Infrastructure Development Office (GDI) were currently selecting the best places to install the 820 cameras in three phases.

He said that the first phase would see the installation of about 200 cameras but for the time being the government was still processing the bids it has received, adding that the 820 cameras would be installed in popular tourist areas, border checkpoints and main roads and streets.

Wong also said that after the first three phases there would be a fourth phase which would comprise 800 more cameras to be installed in “crime black spots” such as locations prone to arson attacks.

Wong said that the 1,620 CCTV cameras would be installed in four phases.
(macaunews/macaupost)

A mainland worker was killed in an accident at the Hollywood Roosevelt Hotel construction site in Taipa on Thursday. According to a Judiciary Police (PJ) report, the victim was a 40-year-old mainlander who worked on the fifth floor of a building on the site. He fell down the lift shaft after failing to notice the lift car was not in place. The lift operator then panicked and lost control of the lift, causing it to plummet onto the victim below. The victim was taken to the public Conde de Sao Januario Hospital Centre, but pronounced dead after medical staff failed to resuscitate him.

Meanwhile, Secretary for Economy and Finance Lionel Leong Vai Tac said in a statement on Thursday that the bureau should improve constructions sites’ safety conditions. Leong, a prominent businessman before taking up his post in December, said he was “very concerned” about the work safety situation on local construction sites. (macaunews)

Kevin Benning takes over as head of Studio City in Macao

Macau inflation further slows to 1.65 per cent in August