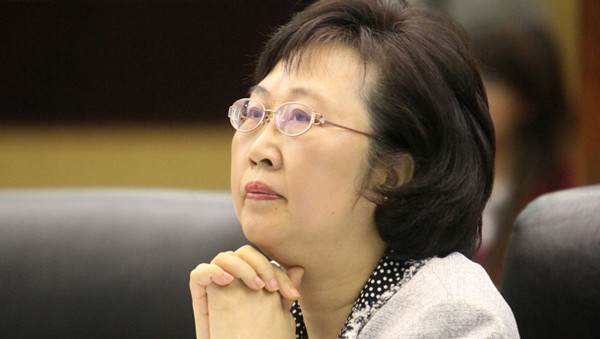 Secretary for Administration and Justice Florinda Chan Lai Man said Sunday that the local government and the Hong Kong Department of Justice were working on striking a deal on the transfer of fugitives wanted by either jurisdiction.

The policy secretary said that the talks were going smoothly.

Chan said she was optimistic that both governments will reach an agreement on the matter but declined to say when the measure will be effective.

She made the remarks on the sidelines of a public event co-hosted by the gov-ernment and the Macau Basic Law Promotion Association to mark the 21st anniversary of the promulgation of the Macau Basic Law. Chan officiated at the event.

According to The Macau Post Daily asked by reporters what the government would do to ensure that high-profile Hong Kong businessmen Joseph Lau Luen-hung and Steven Lo Kit-sing, who were both convicted by a local court to five years and three months behind bars for bribery and money-laundering, will serve their sentences in Macau, Chan said that she would not comment on individual cases.

Both Lau and Lo have appealed their sentences by the Court of First Instance (TJB), insisting that they were wrongly convicted.

Lau resigned as chairman and chief executive officer of Chinese Estates Holding after the court handed down the sentences on March 14. Neither Lau nor Lo, who was Lau’s business partner in the ill-fated La Scala luxury development project near the airport in Taipa, attended the sentencing.

According to the trial, both wereinvolved in the payment of a HK$20 million bribe to Macau’s then secre¬tary for transport and public works Ao Man Long who is serving a 29 1/2-year sentence for graft, money laundering, abuse of power and a string of other crimes.(macaunews)