Macao News > Politics > All 5 secretaries to change but 1 commissioner to stay: sources

All 5 secretaries to change but 1 commissioner to stay: sources 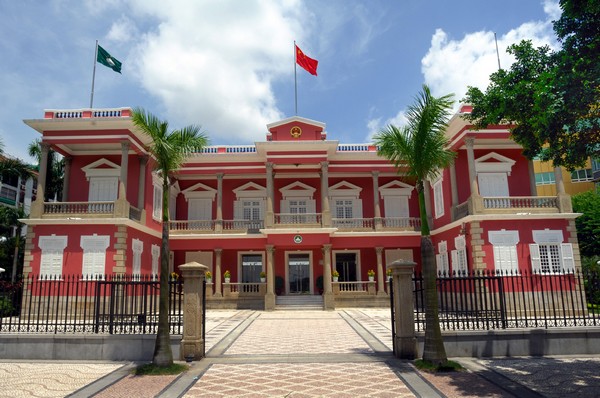 All 5 secretaries to change but 1 commissioner to stay: sources

All the government’s five policy secretaries will change but one of Macau’s three commissioners will stay on, informed sources told The Macau Post Daily Monday.

According to the sources, who asked not to be named, Secretary for Administration and Justice Florinda Chan Lai Man will be replaced by Chan Hoi Fan, director of the Personal Data Protection Office (GPDP). Chan’s appointment means that the administration and justice portfolio will remain in female hands.

Secretary for Social Affairs and Culture Cheong U will be replaced by Alexis Tam Chon Weng, chief-of-cabinet of the office of Chief Executive Fernando Chui Sai On. Tam is widely seen as Chui’s right-hand man. Cheong is a former anti-graft commissioner.

Secretary for Transport and Public Works Lau Si Io will be replaced by Raimundo do Rosario, Macau’s official representative in Lisbon, Brussels and Geneva. Rosario, an engineer by profession, is a member of the Macanese minority. Lau is a civil servant who said earlier this month that he would return to his original post with the Civic and Municipal Affairs Bureau (IACM).

Commissioner-General of the Unitary Police Service Jose Proença Branco will be replaced by Ma Io Weng, commander of the Fire Service (CB).

Director-General of the Macau Customs Service Choi Lai Hang will be replaced by his current deputy Lai Man Wa. Lai will the first female head of Macau’s customs service.

Commissioner of Audit Ho Veng On will remain in his post, which he has held for five years.

Moreover, according to the sources, Public Prosecutor-General Ho Chio Meng will be replaced by Lai Kin Hong, president of the Court of Second Instance (TSI). According to Macau’s Portuguese-style legal system, the Public Prosecution Office is part of the Judiciary.

The sources pointed out that many of Macau’s principal officials have been in their posts for 15 years – since the establishment of the Macau Special Administrative Region (MSAR) on December 20, 1999.

“That’s a very long time, perhaps too long, elsewhere top government officials are replaced every four to five years,” one of the sources pointed out, adding “that’s also why nine of 10 principal officials will be replaced.”

All the principal officials have got the central government’s blessing, the source said, adding, “There has been lots of speculation, but that’s it, this list has been approved by Beijing.”

Formally, Macau’s principal officials are appointed by the central government.

All must hold Chinese nationality.

Chui will give a press conference at Government Headquarters at 5 p.m. today, about an hour after addressing the Legislative Assembly (AL) about his first five-year term.

Chui’s second five-year term begins on December 20, when he and his new team will be sworn in. The officials’ inauguration will coincide with the 15th anniversary of the establishment of the MSAR.

Govt sets up committee to woo back overseas-trained locals