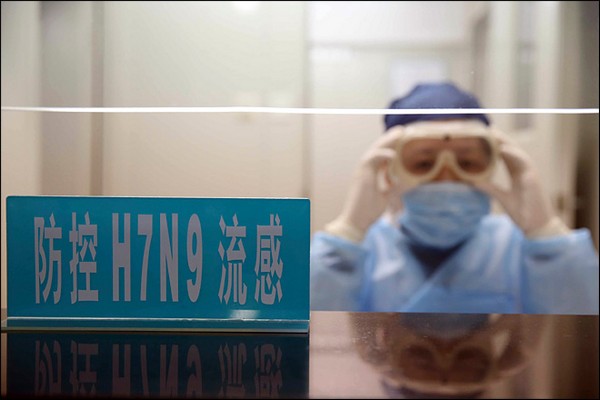 Infra-red thermograph devices will be in use at five other border checkpoints from today as the new H7N9 bird flu virus seems to be spreading down south from eastern regions in the mainland where the potentially lethal bug was first reported.

A statement from the Health Bureau (SSM) cited by The Macau Post Daily said that after analysing the possibility of the virus spreading further and having liaised with nearby regions on their preventive and control measures, it had decided to strengthen border crossing inspections for the sake of public health.

The government first installed the temperature scanners early this month at the local airport’s arrival hall.
From today the scanners will also be operating at the Barrier Gate, both ferry terminals (Outer Harbour and Pac On) and the Cotai-Hengqin Lotus Flower Bridge checkpoint.

n addition, the statement said that the bureau will once again inform medical entities that if they find any suspected bird flu virus that matches the description set by the bureau, they should take respiratory tract samples for the Public Health Laboratory to test them for the H7N9 virus.

The statement also said that the bureau had no plans yet to raise the bird flu alert level from three to four, but added that border inspections were just one of the measures to prevent and control the new virus from spreading, urging the public not to go to markets and farms in places where the virus has been  reported, avoid touching birds and eating poultry that is not thoroughly cooked, including giblets, blood and eggs, wash hands regularly and go to see the doctor and use a mask if running a high temperature, coughing or having difficulty breathing.(macaunews)