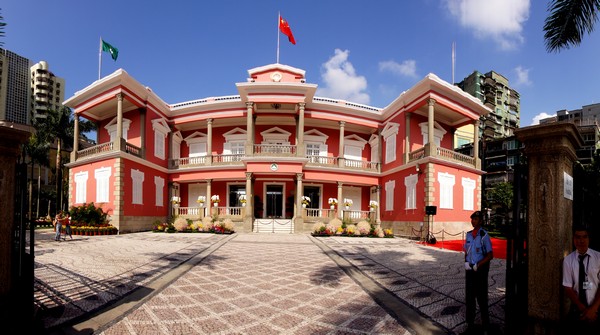 Government satisfies only 35% of the population according with survey

Chief Executive Fernando Chui Sai On has appointed local businessman Peter Lam Kam Seng, an executive member of the public Macau Foundation (FM) and chairman of the Macau Science Centre, to the Executive Council (ExCo), the government’s top advisory body, according to a statement published in the Official Gazette (BO) Monday.

According to the statement, Lam’s appointment will take effect on Thursday, 14 months before the end of Chui’s official term on December 20 next year.
Chui is widely expected to be re-elected to a second and constitutionally final five-year term.

Asked by reporters as to what he thought about his new appointment, which will last for just 14 months, Lam said that as the government believed there was a need for new blood in the council he was appointed.
Lam could be re-appointed to ExCo after Chui’s likely re-election.

“I will do my best to serve society with the experience I have obtained from working in different social service associations,” Lam was quoted by The Macau Post Daily as saying.

He made the remarks to reporters on the sidelines of yesterday’s opening ceremony of an art exhibition at the Macau Science Centre in Nape which he attended as a guest.

Lam, who was born in 1949 in Macau, holds a honorary doctorate in industrial and commercial management from the private Macau University of Technology and Science (MUST). He is a local deputy to the National Committee of the Chinese People’s Political Consultative Conference (CPPCC) and member of the Chief Executive Election Committee.

Lam, who is a vice-president of the Macau Chamber of Commerce (ACM), heads New City Investment and Construction Co. Ltd. He also chairs the Macau World Trade Centre (MWTC).

Lam pointed out that according to the Macau Basic Law, the number of ExCo members should range between seven and 11.

“I am the eleventh…I think each ExCo member reflects opinions from different sectors in the city,” he said.

Asked by reporters about his comment on the view that too many ExCo members are from the business sector, Lam insisted that each decision made by ExCo should be in line with the interests of the general public and not for an individual or a particular group.

Lam said that regulations were in place to ensure that each ExCo member avoids any conflicts of interest, no matter which sector they are from.

The council’s main task it so assist the chief executive in policy-making. Before Lam’s surprise appointment, it had 10 members: Secretary for Administration and Justice Florida Chan Lai Man, Leong Heng Teng from the Macau General Union of Neighbourhood Associations (commonly known as Kai Fong) and Ho Sut Heng from the Macau Federation of Trade Unions (popularly known as Gung Luen). Kai Fong and Gung Luen are the city’s most influential community organisations.

Others members are lawmakers Cheang Chi Keong, Chan Meng Kam and Leonel Alberto Alves. While Cheang is from the banking sector, Chan is a businessman and Alves is a lawyer.

Including Lam, six of the council’s 11 members are businessmen, or 54.5 percent of the membership.Florinda Chan and Ho are the council’s only female members.

The terms of office of the ExCo members coincide with the term of the chief executive who appoints all of them.(macaunews)