Beijing’s most senior representative in Macau, Li Gang, said in his Chinese New Year message last Tuesday that the local 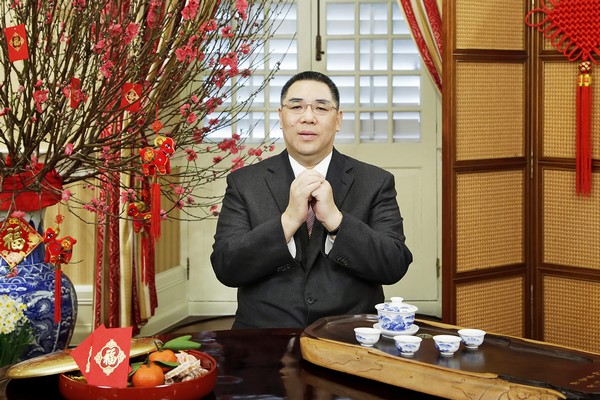 Beijing’s most senior representative in Macau, Li Gang, said in his Chinese New Year message last Tuesday that the local government should face social problems head-on and save for a rainy day.

He also said that his office would fully support the local government.
Li heads the Liaison Office of the Central People’s Government in Macau.

The local government “should work hard… and face social problems head-on and save for a rainy day,” Li said in the message.

Li also said that the local government should further develop business opportunities on Hengqin Island, do more to diversify the city’s economic structure and work hard on developing the city into a world centre of leisure and tourism.

Hu also said he wished Macau to remain stable “like the sun riding high in the sky.”

In the mainland, the Chinese New Year is officially known as the Spring Festival.

The two top representatives of the People’s Liberation Army (PLA) garrison in Macau – Wang Wen and Zhang Zhimeng – said in their joint Spring Festival message that the garrison will continue to contribute to Macau’s long-term prosperity.

Meanwhile, Chief Executive Fernando Chui Sai On pledged in his Chinese New Year message that the government will overcome its “insufficiencies” and come up with long-term development plans to achieve its objective of meeting citizens’ common aspirations and sharing the city’s wealth.

The chief executive pointed out that spring is “a season of hope”. He wished all residents with good luck and good health. (macaunews/macaupost)